Nerds of the Round Table

For all things good and nerdy

Empire Magazine has been well known for its coverage of superhero movies.  This time they’ve gotten some exclusive shots of Batman and Bane from this summer’s The Dark Knight Rises.  This is only the second official picture we’ve gotten of Bane so its interesting from that perspective.

Before I get the e-mail and comment reminders that I went spoiler free this is not considered spoilers for the movie. The pictures here are officially released by Warner Bros and fair game for me to look at. 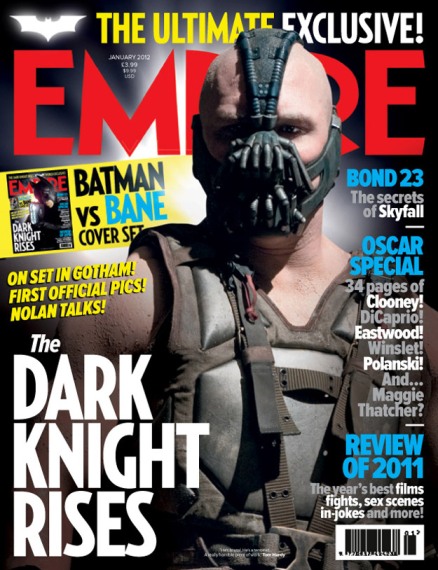 To be honest, I’m still not sold on the look of movie Bane.  The comic book version with the lucha libre mask is so iconic its really hard to get used to a new look.  However, this is a Christopher Nolan movie, so I will give him the benefit of the doubt.

All Things Good And Nerdy

All of the names and trademarked images on this site belong to their respective companies and/or copyright owners. All original content on this website (such as my columns, pages or any other content which I write) is protected under copyright law as of the time it is posted. You may link to it, and if you quote short passages please attribute the quote to me. You may not reproduce whole columns or multi-paragraph portions thereof without my express written permission.